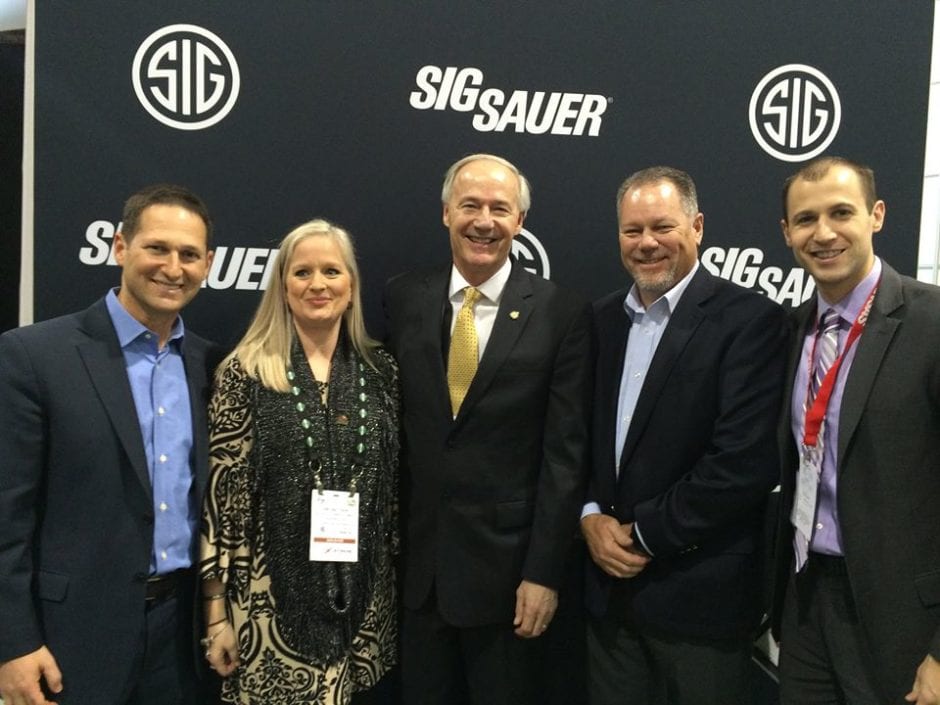 One of the first things Governor Asa Hutchinson did when he took office was work with SIG  SAUER, a gun and ammunition manufacturer, to locate a plant in Arkansas.  A year later, that new factory in Jacksonville, AR, created 50 new jobs. 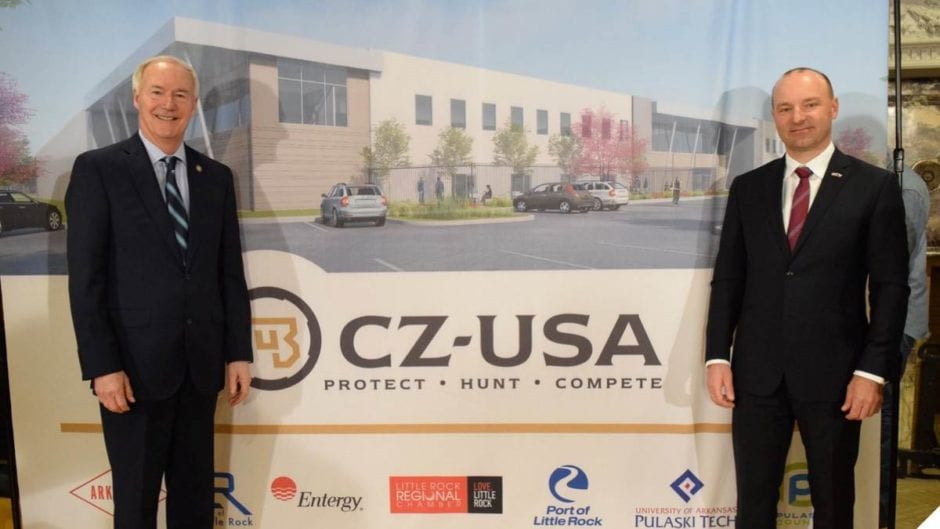 In April 2019, Czech gunmaker CZ announced that it would build its first plant outside the Czech Republic in the Port of Little Rock with plans to open in March 2020.  The plant will support “as many as 565 jobs in two phases as part of a $90 million investment,” employing Arkansans in a variety of occupations, including that of gunsmiths.

Several firearm, ammunition, and supply manufacturers and distributors have a strong presence in Arkansas:  “Daisy, Nighthawk Custom, Remington, SIG SAUER, Thermold Magazines, Umarex and Wilson Combat” are just a few.  In fact, in 2017, Daisy and Gamo Outdoor moved their U.S. headquarters to Rogers, Arkansas, bringing with it an expansion, an $8.31 million investment, and 88 new jobs.  In 2017, American Marksman, an ammunition distributor and recycler, expanded its operations in Searcy, creating up to 100 new advanced manufacturing jobs.

According to the Arkansas Economic Development Commission (EDC), the EDC “is motivated to continue growing the number and size of firearms and ammunition companies within the state.”  With such growth, Arkansas will be facing a shortage of gunsmiths. 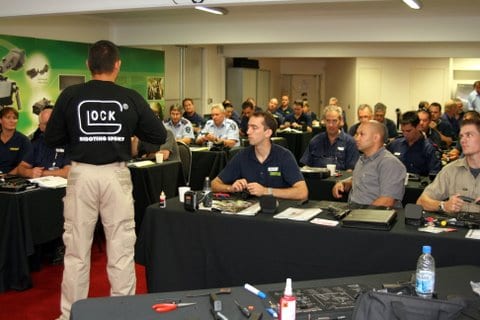 One issue is that armorer trainings cost so much for manufacturers to teach them that manufacturers require a minimum number of students, such as 14.  However, one problem the BRTC Law Enforcement Training Academy has found is that even at the lowest cost, almost none of the local departments can afford to send anyone to the training.  For example, the training budget of one police department located in an Arkansas city of more than 60,000 has been cut so severely the department cannot afford to spend $200 to send one individual to a Glock armorer training recertification.

To complicate matters, once an individual is certified to be an armorer, most departments cannot afford to send the individual to the recertification trainings required every 3-5 years.  Even worse, only big departments such as Little Rock Police Department, the Arkansas State Police, and the Arkansas Game and Fish have rifle and shotgun armorers.  If smaller organizations have an armorer, that individual can usually only work on pistols.

Because departments have such tight budgets, many officers must purchase their own weapons.  However, they often do not make enough to afford specialized training such as armorer training.

According to the U.S. Fish and Wildlife Service and the U.S. Census Bureau, the United States hunting industry is responsible for $877 million annually.   Arkansas is no stranger to hunting. 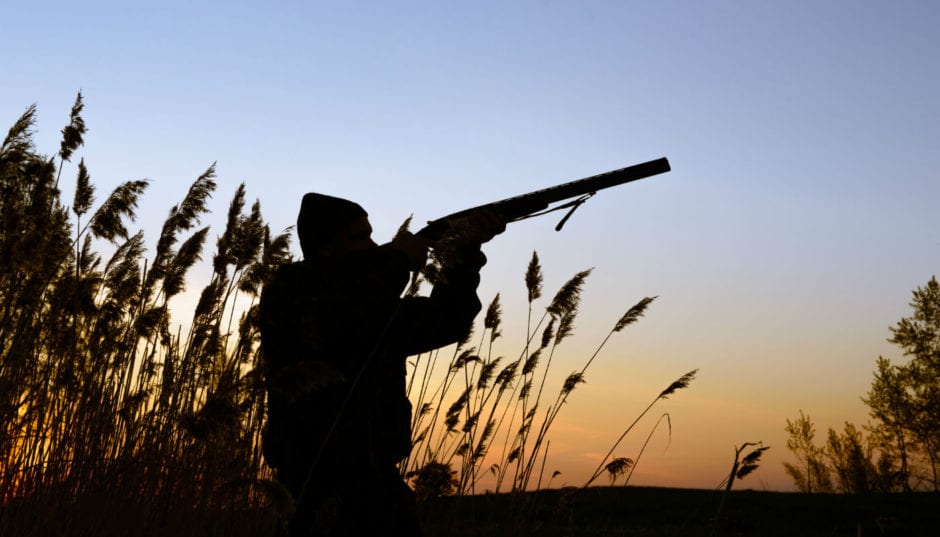 As an industry, hunting is big business for Arkansas.  Brian Herndon, owner of Big Creek Ducks ‘N Bucks lodge in Lee County, Arkansas, estimates “About 50% of our guests are from Georgia….I would estimate that only 2% of our hunters are from Arkansas.”

Even big names like former governor Mike Huckabee loves duck hunting:  “But I never duck hunted until 14 years ago. Now I can’t get enough of it.”   Ted Nugent, rock music legend, sees Arkansas as the premier duck hunting destination in the United States:  “Arkansas is a global destination for duck hunting,” says Nugent. “Hunters around the world will tell you that the best duck hunting – in flooded timber – is in Arkansas.”

According to Business Insider, 37% of male gun owners and 28% of female gun owners nationwide own guns for hunting; Arkansas estimates may be even higher.  In addition, it is no secret that hunters spend a lot on guns.  And many of those guns require maintenance, sometimes even specialized maintenance.   According to Outdoor Life, “Every year, just two days before Missouri’s deer opener, Mike Loder’s window at the Bass Pro store erupts with a small army of hunters in panic mode” who bring in their guns for repair and maintenance.

According to the National Shooting Sports Foundation, “United States companies that manufacture, distribute, and sell sporting firearms, ammunition and suppliers are an important part of the country’s economy,” producing an economic impact of $51,251,443,900 in the U.S. in 2016.

In 2018, the City of Jonesboro invested $10 million in a shooting range and education center which will provide resources and access to sport shooting in Northeast Arkansas.  Part of the focus of the center will be on hunter education and gun safety as well as an expanded shooting range for law enforcement officers.

Gunsmiths are needed to assist shooters and maintain guns for these types of activities. 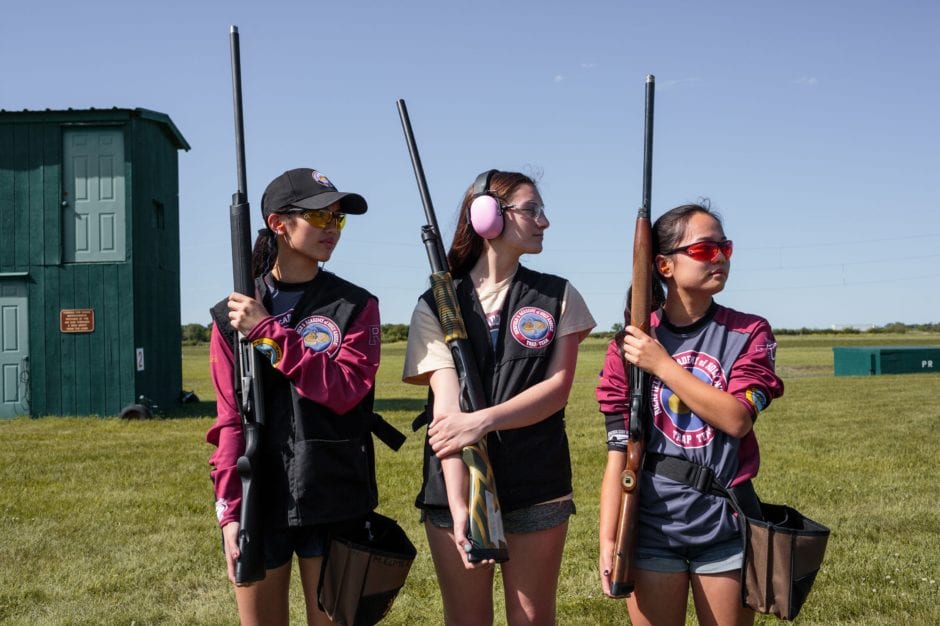 Many public junior and high schools have organized shooting clubs.  Students, parents, and coaches not only purchases supplies for the events but frequently travel to events out-of-town or out-of-state.  While trap shooting does not have to be cost-prohibitive, serious shooters purchase guns that cost tens of thousands of dollars.

A Pocahontas woman whose son is very serious about trap shooting not only found her family purchasing a specialized trap gun for more than $23,000, but the gun requires frequent adjustments in length as her son grows.  Unfortunately, the nearest gunsmith certified to work on her son’s gun lives in Birmingham, AL, a 5 1/2 hour trip.  Finding gunsmiths to work on specialized guns is a real problem in Arkansas.

Shooting and hunting are often bonding opportunities between grandparents, parents, children, and grandchildren.  One of Michael V. Loder’s, head gunsmith at Bass Pro Shops, favorite things is helping new shooters learn to shoot.  He recalls a father and son bringing an unworking .22 the father learned to shoot on into the store for help.  Loder fixed the gun then watched the boy practice on the shooting range, finally hitting a bull’s-eye.  “‘The happiness on his face was indescribable,’ says Loder. ‘That’s the best part of my job.'”

According to Outdoor Life, “Every year, just two days before Missouri’s deer opener, Mike Loder’s window at the Bass Pro store erupts with a small army of hunters in panic mode” who bring in their guns for repair and maintenance.

One of the important services large sporting and outdoor chains offer their customers is services for firearms.  Gunsmiths are frequently employed to fix guns for customers, especially during hunting season.

Recently, one BRTC employee who owns as shotgun which was passed down in her family expressed frustration at her inability to find a gunsmith in Northeast Arkansas who could fix the gun.  Unlike new guns, diagrams and schematics for old guns needing repair are hard to find and often unavailable on the internet, requiring the expertise of a professional gunsmith.  “‘With modern guns,” said Michael V. Loder, head gunsmith at Bass Pro Shops, “you can just replace a part, but with something like this, a broken part is a real headache.'” 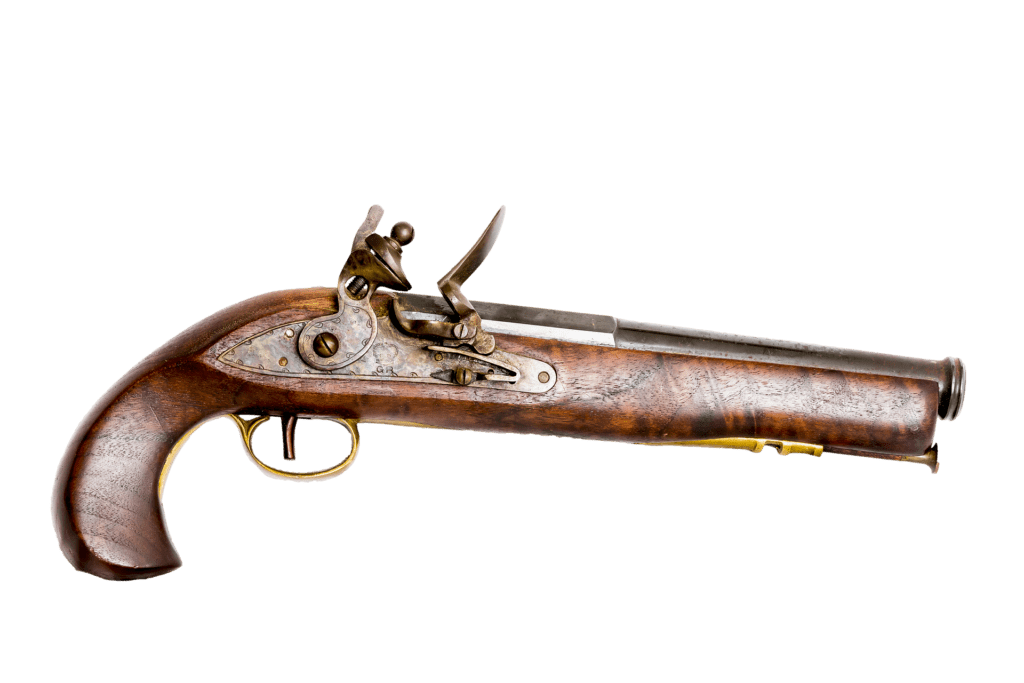 Between 2010 and 2015,  51,672 guns were passed down from one family member to the next in California.  Such is the practice in many families, especially among families who enjoy hunting.  Michael V. Loder, head gunsmith at Bass Pro Shops, “recently completely restored a side-by-side ‘hardware store’ shotgun for more than it was worth because it had been in a family for generations and the father wanted his son to have his grandfather’s gun.”

According to a 2017 Pew Research report, “Two-thirds of gun owners say protection is a major reason they own a gun” (p. 8).  Further, “Roughly one-in-seven adults who own or have owned a gun (15%) say they have fired or threatened to fire a gun to defend themselves, their family or their possessions.”

Many of these gun owners simply own a gun for protection and are not gun enthusiasts who may have skills in repairing or maintaining a gun.  Many may not have even learned to handle a gun beyond what they were taught when they bought it.  These individuals especially need access to gun care and maintenance professionals.

Dave Gregor, a talented gunsmith in Virginia Beach who repaired guns and designed the 1911 pistol, was recruited by members of Seal Team 6 in 1982 to be their team’s gunsmith.  During his employment in the Navy with the Seals, he realized “If he made any mistakes in his work, it could cost one of the SEALs dearly. ‘I took it so seriously, I couldn’t sleep at night sometimes.'” 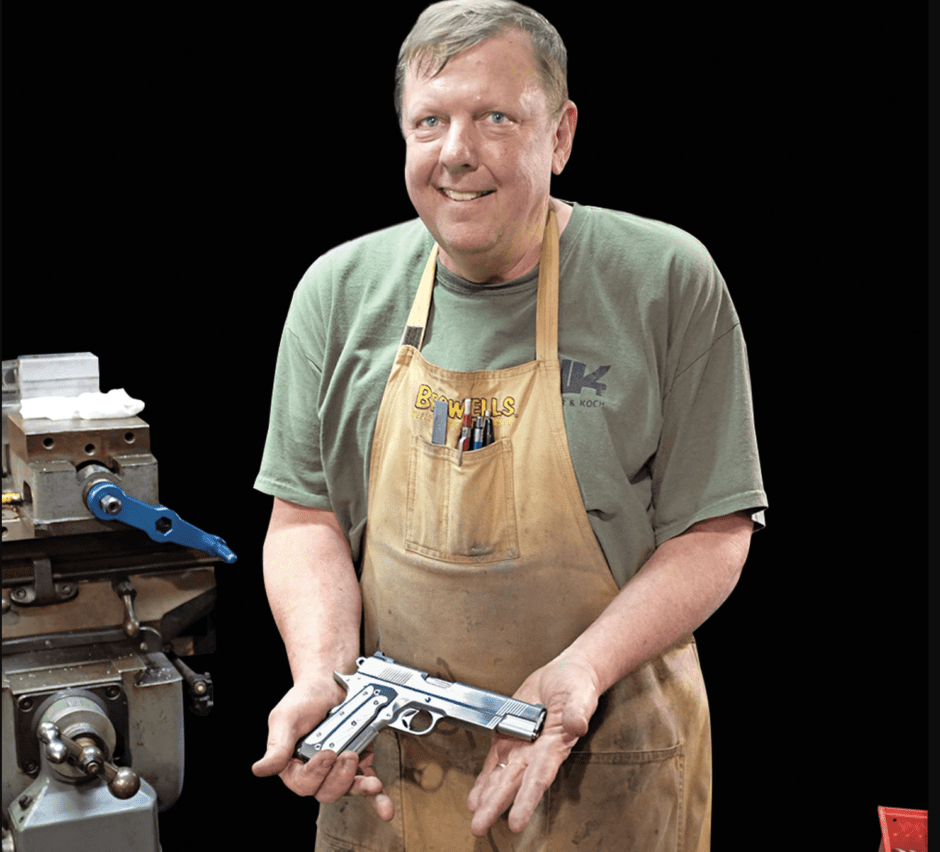 Gregor later worked with the Department of Energy and maintained the weapons which protected nuclear facilities then became a master gunsmith for the FBI’s Hostage and Rescue Team.

Understandably, individuals in the military are required to be familiar with guns.  Not only must they be proficient in weaponry but they must have firearms which are immediately responsive.  One misfire or poorly sighted gun may cost them their lives.

Therefore, gunsmiths are essential to the military.  They are frequently employed to not only repair guns but often improve gun functionality and responsiveness. 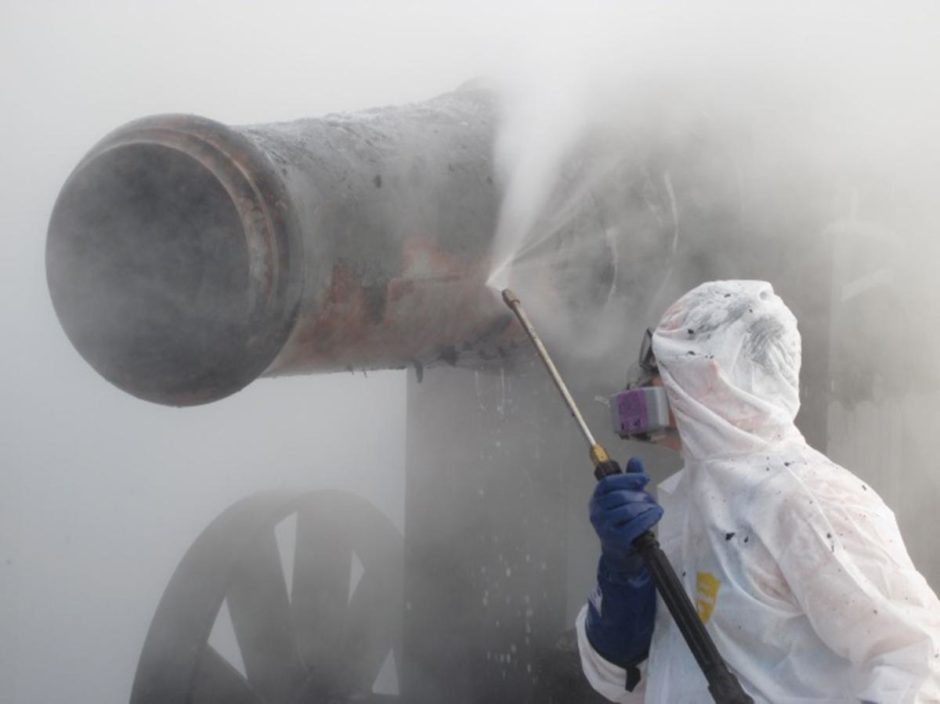 Historical weapons, like old guns handed down from generation to generation, are often difficult to repair, restore, and maintain.  Gunsmiths must frequently fabricate new parts to replace ones no longer available.

In addition, gunsmiths possess skills which enable them to work with a variety of materials such as various metals, special woods, and precious metals which are beyond the skill set of most gun repair shops.