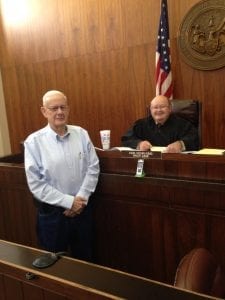 Bob Olvey of Pocahontas has been appointed by Arkansas Governor Asa Hutchinson to a 7-year term on the Board of Trustees for Black River Technical College.

Olvey is a strong advocate of Randolph County:  “I have resided in Pocahontas my entire life and have always tried to make our community a better place to live.”  He is also active in many community fundraising projects, including the project to construct the helipad at Five Rivers Medical Center.  He served on the Pocahontas Volunteer Fire Department for many years and was a page in Washington, D.C., in 1965 for Congressman E. C. “Took” Gathings.

“I am so pleased Bob will join our Board of Trustees,” said BRTC Interim President Dr. Jan Ziegler.  “He brings to this appointment a wealth of knowledge and experiences through a lifetime of business and community involvement.  He is a natural fit for this college and its governing body, and is a genuine and progressive individual who will do a great job.  I look forward to working with Bob in this capacity.”