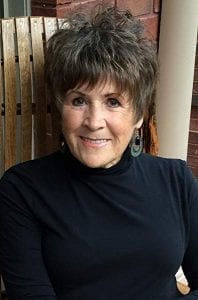 On Thursday, August 9, the BRTC Board of Trustees held a special meeting to name the interim president.  After approving the course catalog and holding executive session to discuss personnel, Chairman Doug Cox announced the appointment of Dr. Jan Ziegler, Pocahontas native, as interim president.

Chairman Cox identified the process by which the board named Dr. Ziegler.  He said the board took this selection very seriously.  According to Chairman Cox, “the board felt that it was vital that we contact the Higher Learning Commission to determine if they had any restrictions or requests as to who we ultimately placed in the position of Interim President.”  HLC had no restrictions to pass on.

Next, Chairman Cox said, “the board felt strongly that leaving the current administration in place would be best to provide stability in the leadership, as well as eliminating the need to shuffle personnel to other jobs or duties at a critical time in our accreditation process,” so no current BRTC VPs or other leaders were considered for the position.

The board felt one of the most important considerations for the interim president was that the individual “be able to quickly come up to speed with Higher Learning Commission requirements,” “have demonstrated necessary leadership skills in their past roles,” and, most importantly, be “respected and admired by their peers as well as the entire community and possesses a genuine love for this college.”

From the list of worthy candidates, the Board selected Dr. Ziegler for the following reasons:  She is a former BRTC faculty and administration member, she worked for 20 years at BRTC before retiring in 2013, her last job at BRTC was as Vice President for Development and HLC liaison, she is still involved at BRTC as an adjunct and as the leader of the Serendipity program, she is the only faculty member to receive the status of faculty emerita, and she has and currently works in the Pocahontas community to promote cultural diversity and awareness.

The reason this timeline is quite lengthy is for a number of reasons:  The stability of the college is of utmost importance to the board; a presidential search during HLC’s visit in September could easily distract from the important visit itself; most presidents are busy taking care of their colleges during the fall and spring semesters and are, therefore, more apt to consider position changes during the summer; and the board wants to make the best choice and have time to fully consider the applicants.

Dr. Jan Ziegler and her husband Ken live in Pocahontas and are both active in the community.  Dr. Ziegler chaired the  “Opening Hearts and Minds,” a grant-funded project supported by BRTC’s Office of Corporate and Community Education to help communities in Northeast Arkansas become more open and welcoming to an anticipated new immigrant workforce in the region.

She retired about 5 1/2 years ago from Black River Technical College, leaving in December 2013 after a 20-year career there.  At the time of her retirement, she was Vice President for Development and was the HLC Liaison for BRTC.  While at BRTC, she had taught classes in English, German, and The Holocaust, and served as Division Chair for General Ed.  After retiring, she continued to adjunct at BRTC, and also to lead the college’s Serendipity program, a reading group for lifelong learners sponsored by the Office of Corporate and Community Education, the Office of Institutional Advancement, and the BRTC Foundation. Upon her retirement, Jan was granted “Faculty Emerita” status by the Board of Trustees.

Her most recent publication is a book, Mike and Maxine, which was published in 2017. This book is a memoir of her family’s experiences in dealing with her parents’—both parents—ordeals with Alzheimer’s.  Other publications include a 2005 book, The Schooling of Japanese American Children at Relocation Centers During World War II.  This book received the “Adele Mellen Prize for its Contribution to Scholarship.” She has also authored a children’s book, Holly Lolly.

She is a Board member of the Eddie Mae Herron Center Museum, a former one-room African American school in Pocahontas now helping to promote understanding and appreciation of African American heritage in Randolph County. She also serves on the board of Gateway CASA (Court Appointed Special Advocates), serving Randolph, Lawrence, and Jackson Counties.