BRTC May Board of Trustee Meeting

Home » Home » BRTC May Board of Trustee Meeting 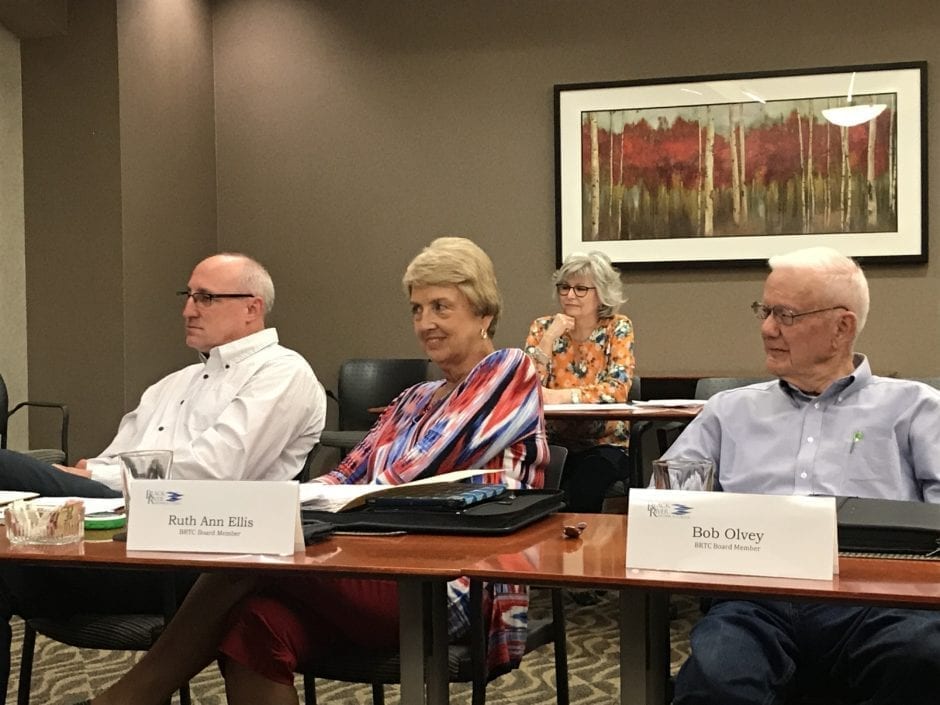 May 13 – The Black River Technical College Board of Trustees held their quarterly meeting on Thursday, May 9 on the Pocahontas campus at which BRTC Interim Vice President of Academics Sissy Gray announced a change which will allow registered nursing students in BRTC’s ARNEC program to take nursing classes at the Paragould location.

This move will allow registered nursing students who reside close to Paragould and are currently enrolled in the ARNEC program to take classes closer to home. Approximately 16 of the 40 students eligible have elected to do this. This change will take effect in the next couple of weeks.  “We are very excited to make access to class easier for our students,” Gray said.

In addition, BRTC Interim President Dr. Jan Ziegler told the Board, efforts are ongoing to be able to expand the RN program by offering a traditional RN track on both the Pocahontas and Paragould site

Ziegler also announced the Eddie Mae Herron Center has invited Dr. Eggensperger to be a special guest at their Juneteenth Celebration on June 14 at the center in Pocahontas, and invites the public to come and meet and visit with him.

Ziegler also gave an update on BRTC’s flood mitigation plan.  The college is nearing the completion of Phase 1 of the plan with DeClerk/Throesch Engineering.  Phase 2 will include drawing up the documents and preparing to bid the contract.  Vice President of Finance Rhonda Stone reminded the Board that not developing and enacting a flood mitigation plan will put the college at risk of the insurance deductible increasing from $100,000 to $500,000 for contents and $500,000 for building per instance of damage, as well as a substantial anticipated increase in flood insurance costs.

Gray also provided a list of the official document which have been sent to the Arkansas Department of Higher Education since she began as interim.  Over the past month, Gray has submitted 16 notification of program deletions and has modified various others as necessary for meeting the state’s viability requirements. She also informed the Board of her submission to ADHE of a letter of intent for a certificate of proficiency in commercial truck driving.

Vice President of Enrollment Management Jason Smith reported fall registration is up by 26% from Fall 2017 and 15% from 2016.  Numbers from Fall 2018 are not available due to the conversion from the old student management software to the new.

Vice President of Finance Rhonda Stone said in 2017, reserve funds made up 11.6% of the budget.  For the 2020 budget, just a little over 1% of the budget will come from reserves. She was optimistic about needing even fewer reserve funds for next year.