Noel Retires from BRTC Board of Trustees; Collins Named Board Chair

Home » Home » Noel Retires from BRTC Board of Trustees; Collins Named Board Chair 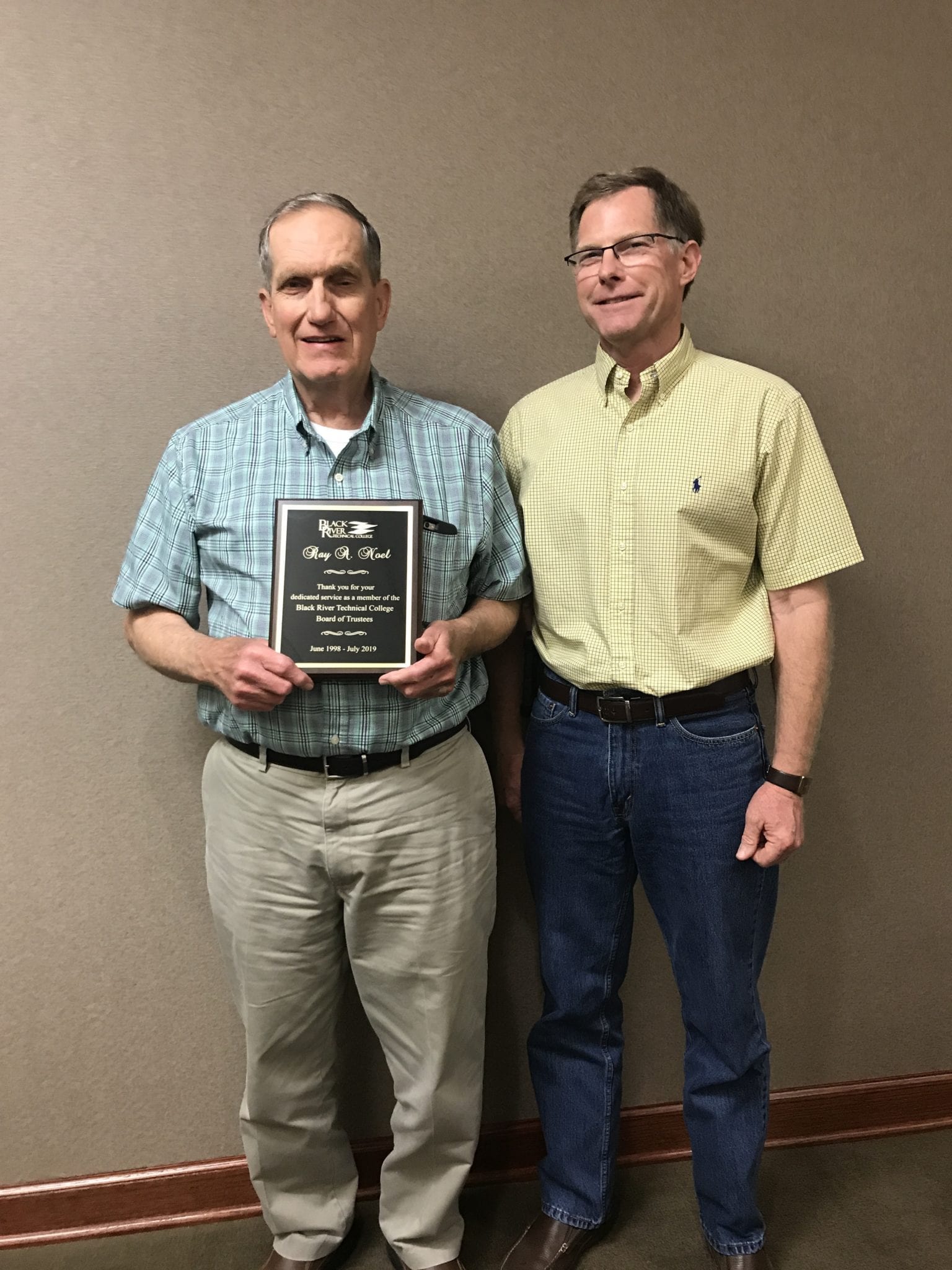 At the regularly scheduled Black River Technical College Board of Trustees meeting on May 9, the board honored the retirement of long-time Board member Ray Noel.  Noel, a lifelong resident of Paragould, began his service to the college in 1998.

During his 21-year term, Noel has been involved in all but the initial presidential searches for the college.  He has also seen the college grow.  “One of my greatest joys,” Noel said, “has been watching students graduate.”  On May 16, Noel will be attending his 42nd commencement ceremony at BRTC.   “One of the best experiences I have had serving on the Board,” said Doug Cox, Board chairman, “is having the opportunity to serve with Ray.”

Board chairman Doug Cox, a lifelong resident of Pocahontas, concluded his 2-year term as Board chairman during Thursday’s board meeting.  Dr. Jan Ziegler, interim president, presented Cox with an inscribed gavel and expressed her appreciation in working with him during her term as interim president.  “I’m not leaving the board,” Cox assured the audience. 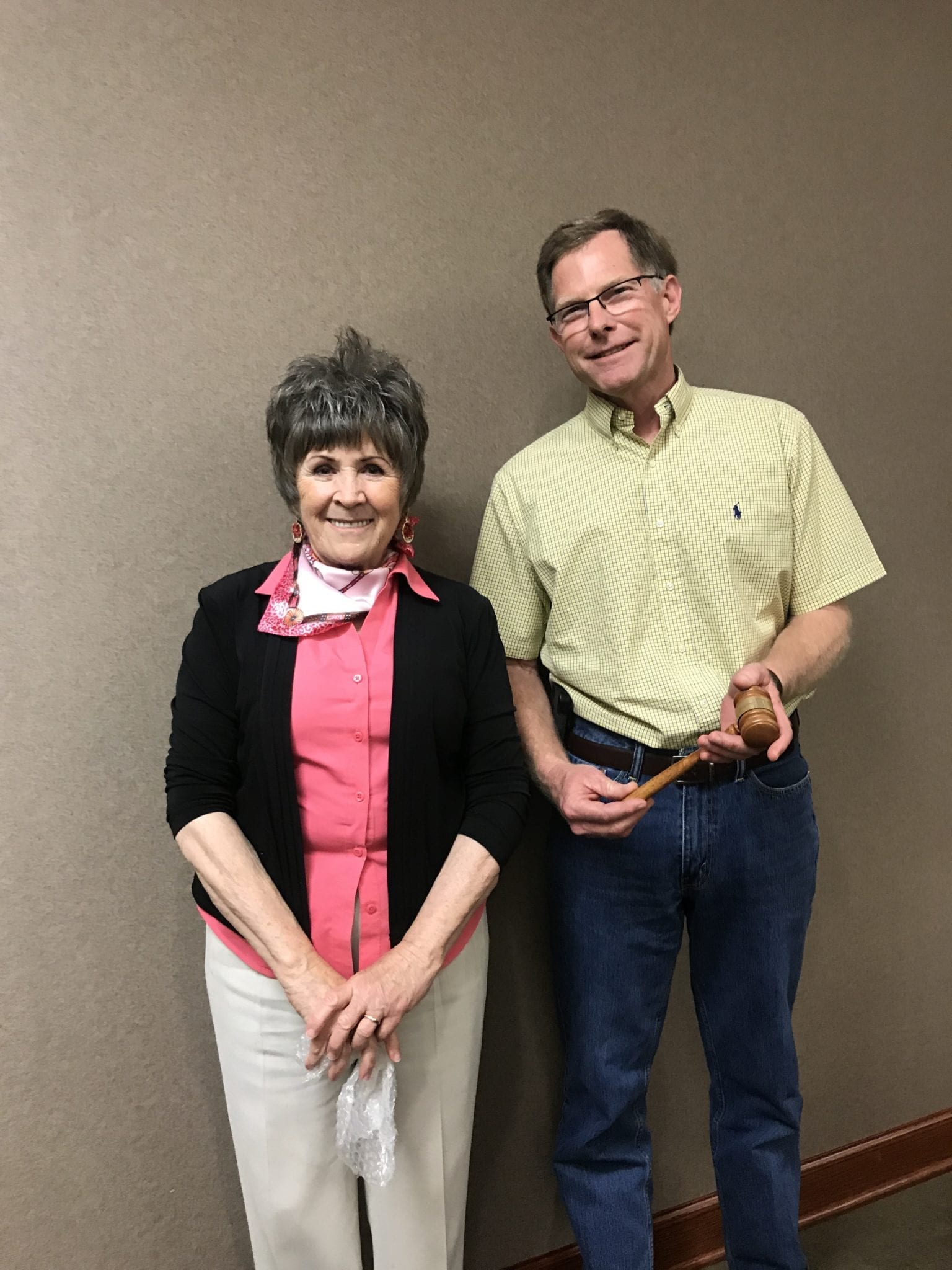 Carolyn Collins will serve as the 2019-2020 Board of Trustees chair.  Collins began her academic career as a business technology instructor then served BRTC as division chair, director of financial aid, and interim vice president of student services.  She is a previous resident of Randolph County and currently resides in Paragould.

The board meeting also served as the last board meeting for Interim President Dr. Jan Ziegler.  Chairman Cox expressed his sincere appreciation for Dr. Ziegler’s leadership and willingness to assist the board upon the departure of Dr. Eric Turner in August 2018.  “She was the perfect person for the job,” he said. Jan said while she has enjoyed and been “honored” to serve Black River Technical College during its leadership transition, she is looking forward to returning to retirement.

Dr. Ziegler will work in assisting Dr. Martin Eggensperger, the incoming BRTC president, when he begins on June 1.   Her last day will be June 14.

For more information about the BRTC Board of Trustees, contact Vickie French at (870) 248-4070 or email her at VickieF@blackrivertech.edu.